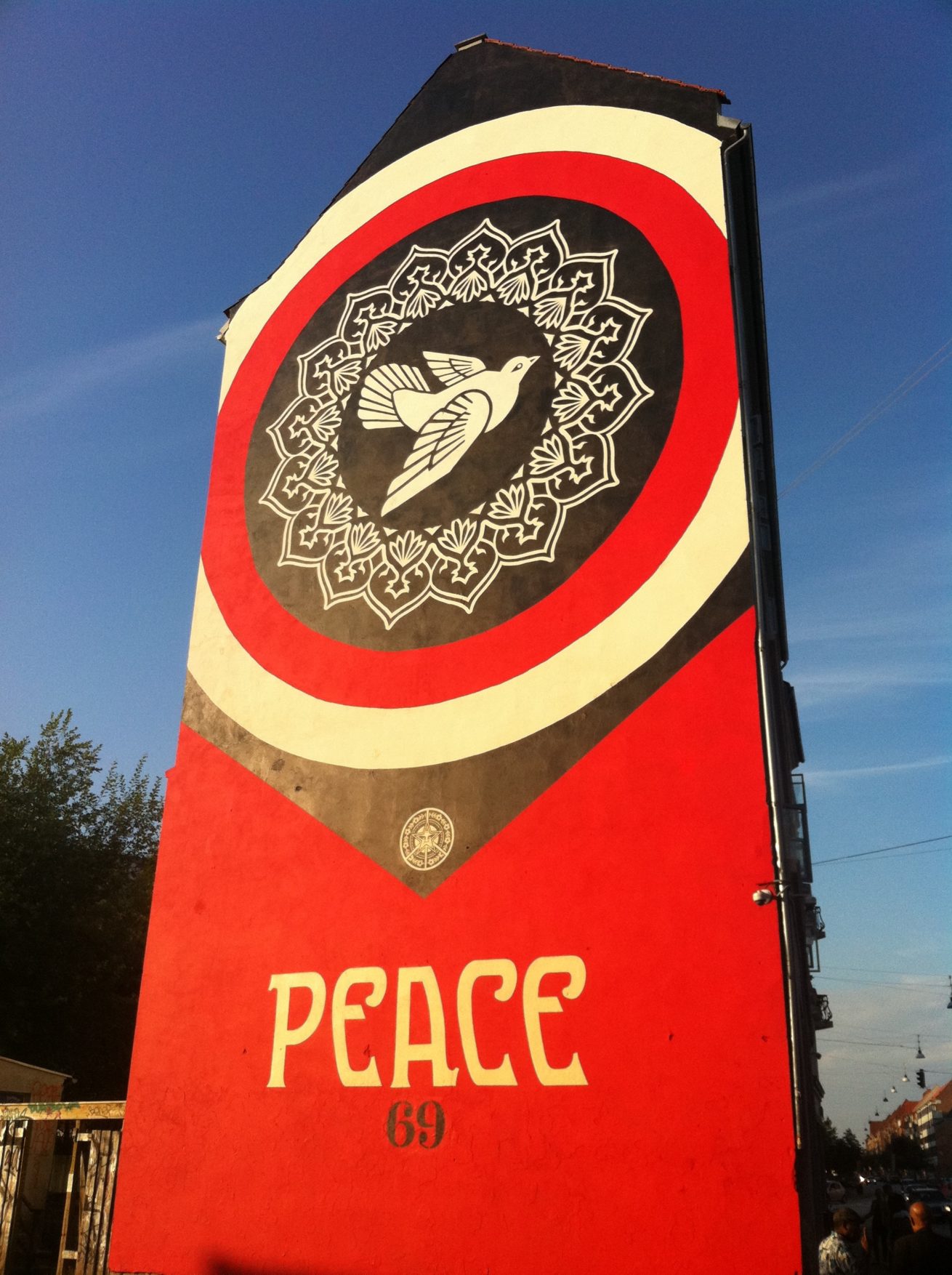 This saturday night I was going to cook lasagna with me good friend Anders Graae. I came out of my flat and turned the corner and saw some guys doing a serious paint work. It was for sure professional course they had a lift and everything… From where I stood I could only see the word: Peace, and that the work was in progress. I love streetart, so I took a photo to put on Instagram, I added the text saying: I´m looking foreward to the end result! This is the photo I took that saturday: 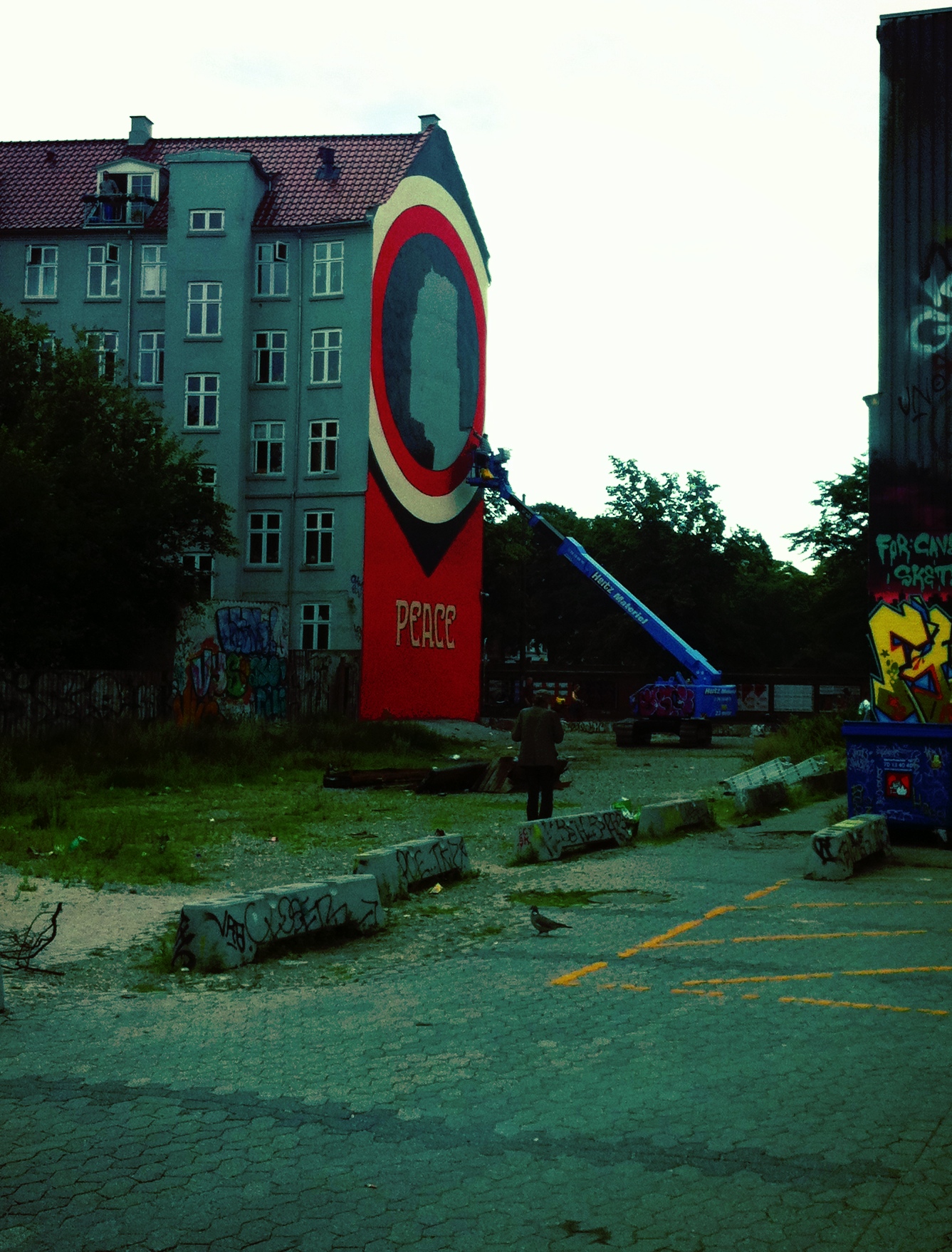 Then Monday morning I wake up to the headlines: Shepard Fairey is painting walls in Copenhagen!

Now thats just amazing! And specially that he is decorating that specific square that once was so beautiful!! It looks like Shepard Fairey is painting different wall´s around town. And it´s amazing to see the different updates on twitter, Google+ and Facebook about it!
By random, my good friend Henrik Chulu came by the Kadaver office today also being exited about the famous streetartist decorating the town. He pulled out his camera and showed me a photo of one of Shepard Fairey´s stickers. Just next to Ground 69. You can see the photo right here on Chulu´s Flickr account.  So when the day was over I took a turn pass the good old ground 69, and saw this fantastic piece of art!
– Peace 69!
– Peace Shepard Fairey! Thanks for an amazing wall! 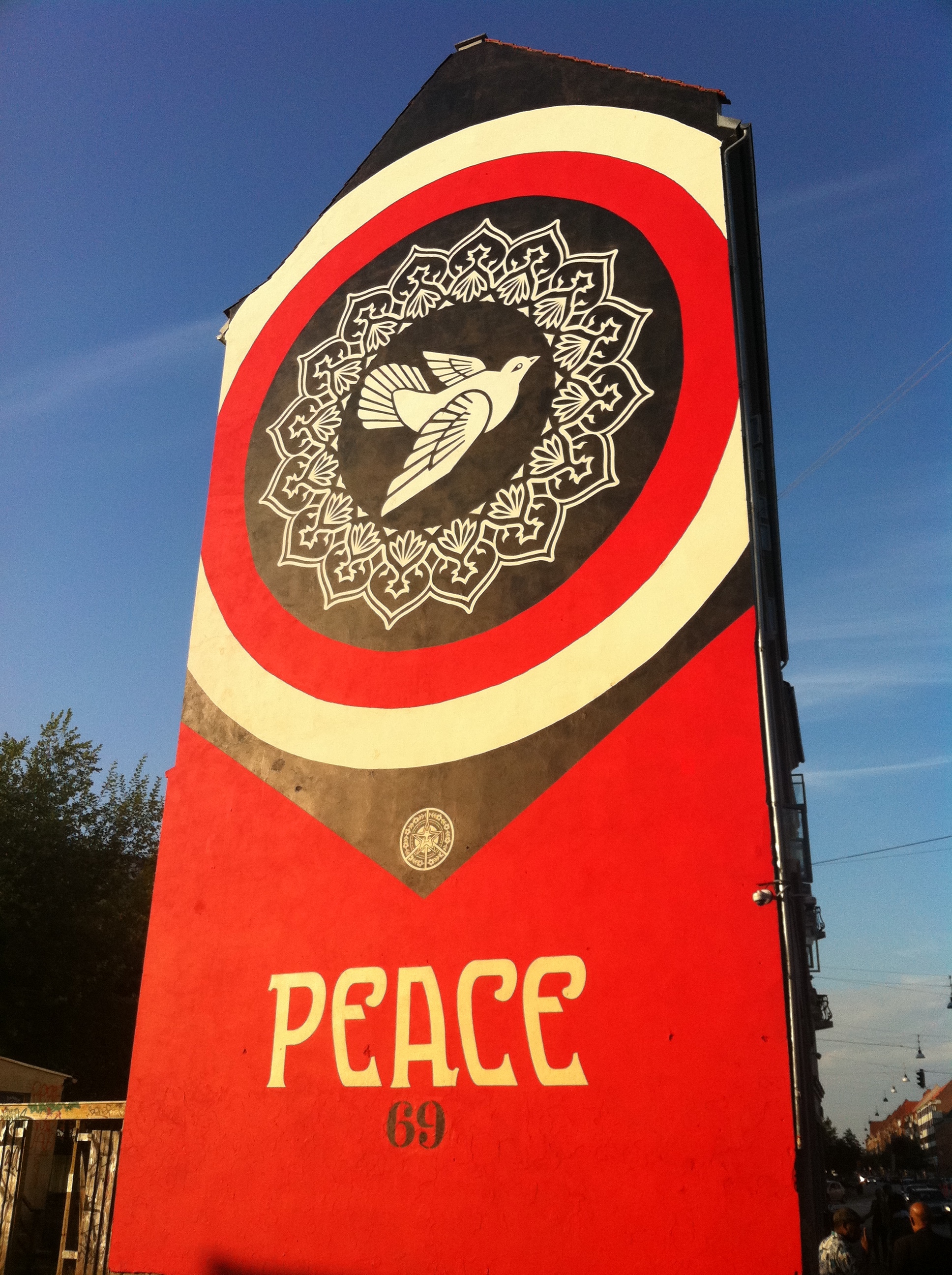 After watching the work I started to stroll around in my hood to find the sticker that Chulu had showen me. I found a lot of brand new stickers in the area… wondering who that could be from… 🙂
Some of them was the classic Shepard Fairey sticker called Andre The Giant, others was the Obey sticker! Then the last couple of oriental stickers goes very much in hand with huge wall paint. 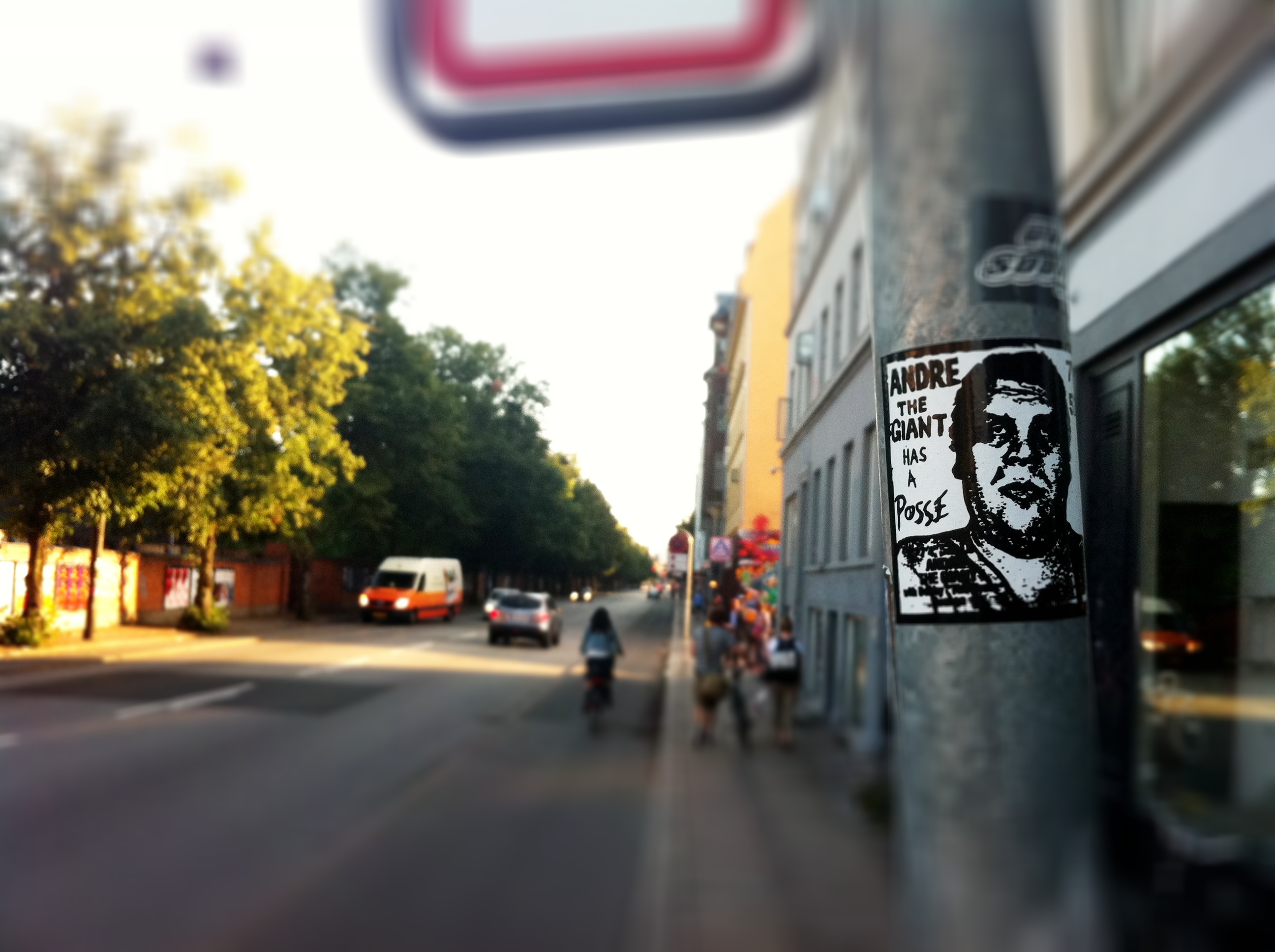 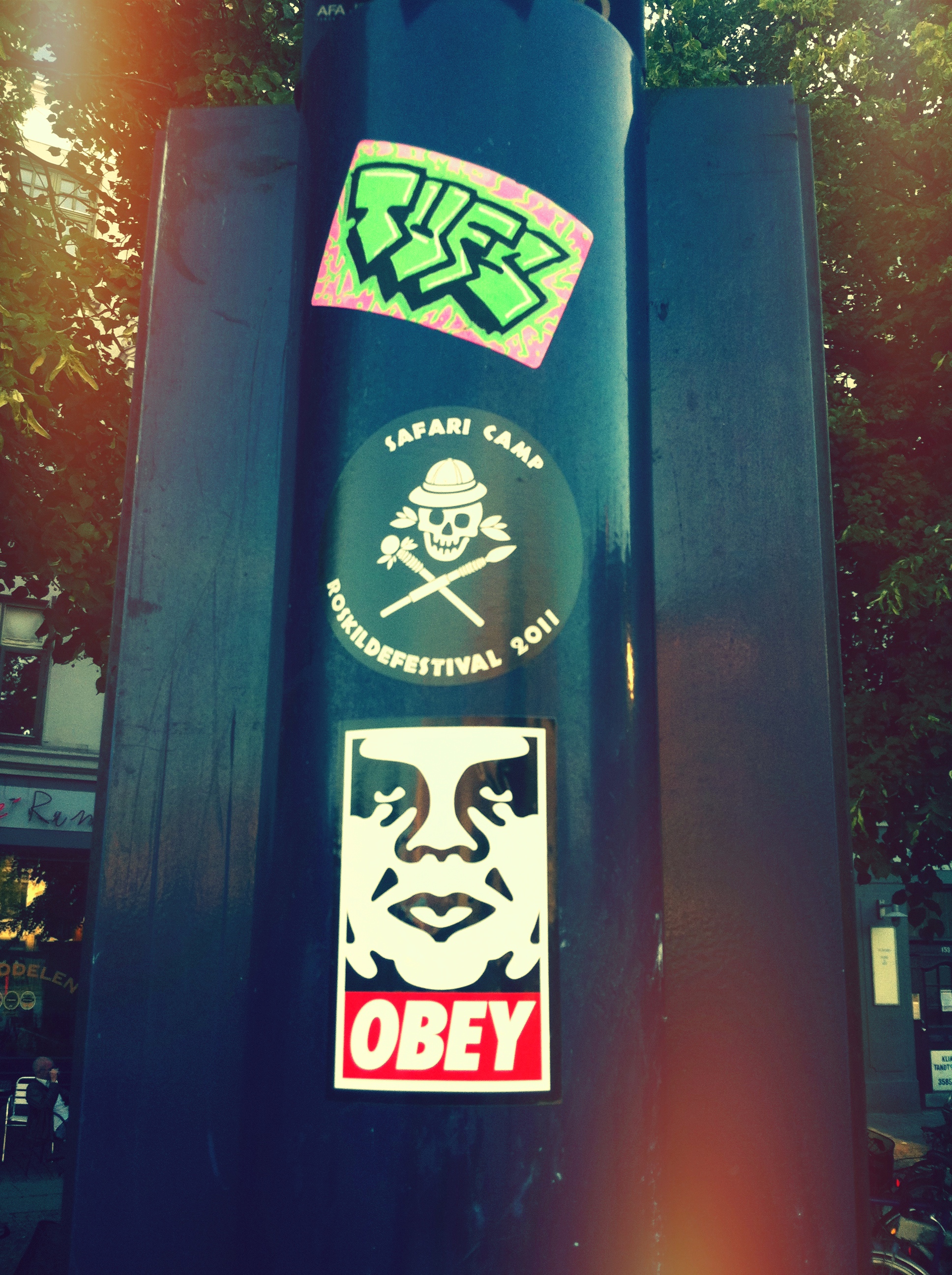 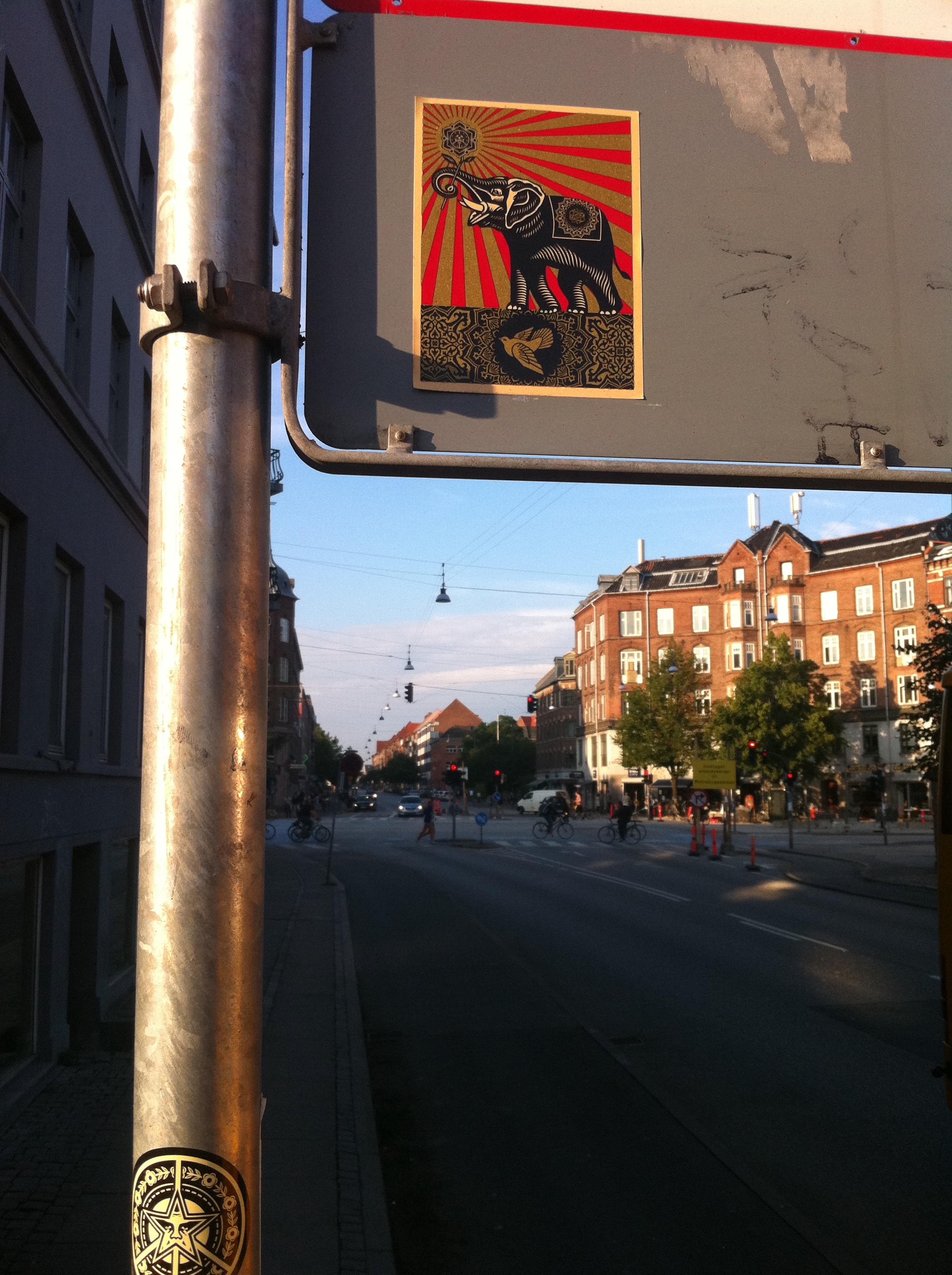 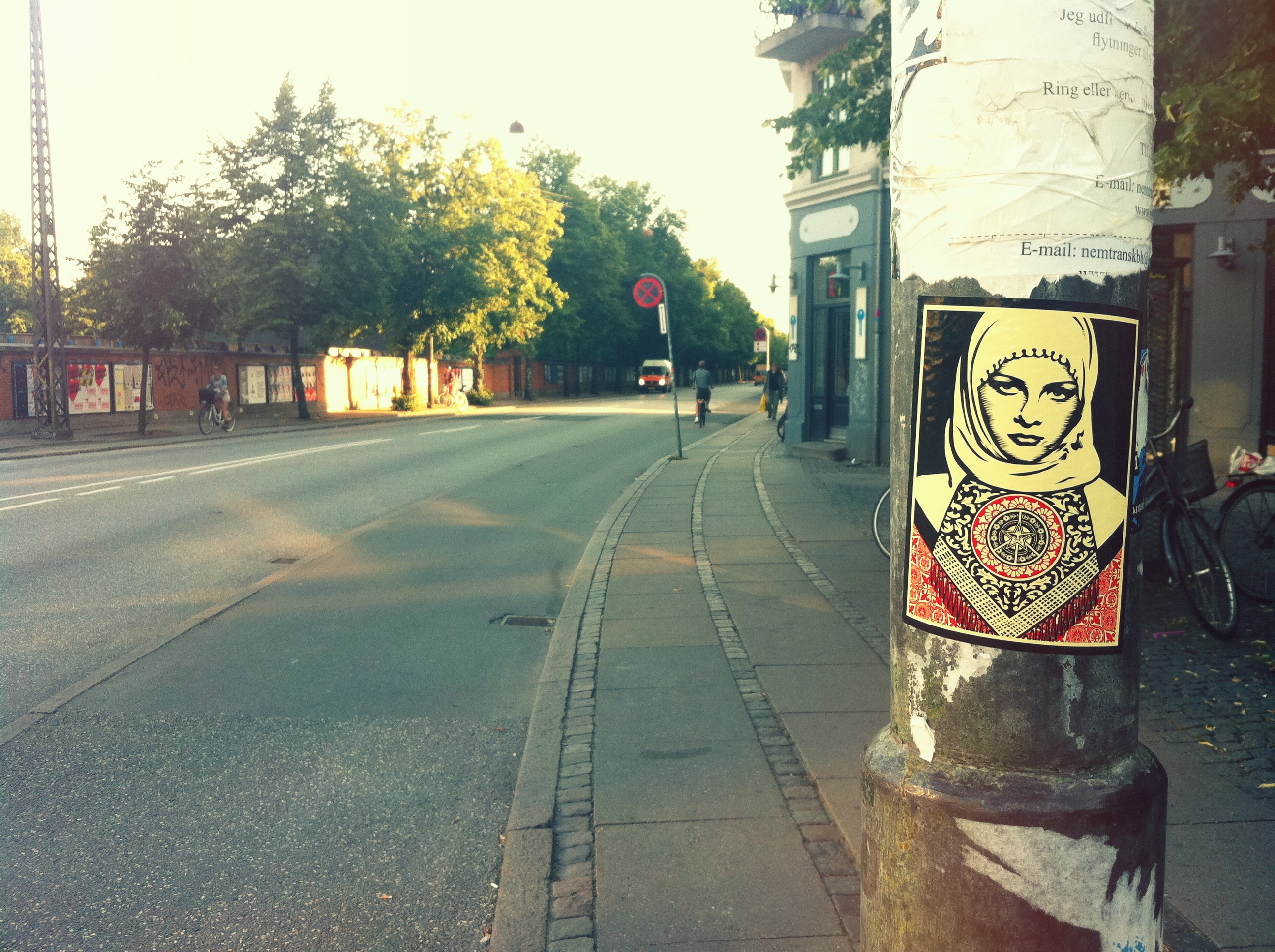 I first became familiar with Shepard Fairey when I was during my Internship in New York. This was at the time where Obama actually won the election and used Shepard Fairey´s poster “Hope” as an icon for the election. 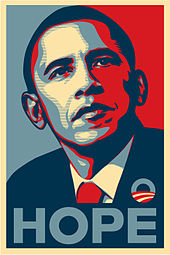 Then I found this on Wikipedia about the Election campaign.
In February 2008, Fairey received a letter of thanks from Obama for his contribution to the campaign.[36] The letter stated:

I would like to thank you for using your talent in support of my campaign. The political messages involved in your work have encouraged Americans to believe they can change the status-quo. Your images have a profound effect on people, whether seen in a gallery or on a stop sign. I am privileged to be a part of your artwork and proud to have your support. – Barack Obama, February 22, 2008[37]