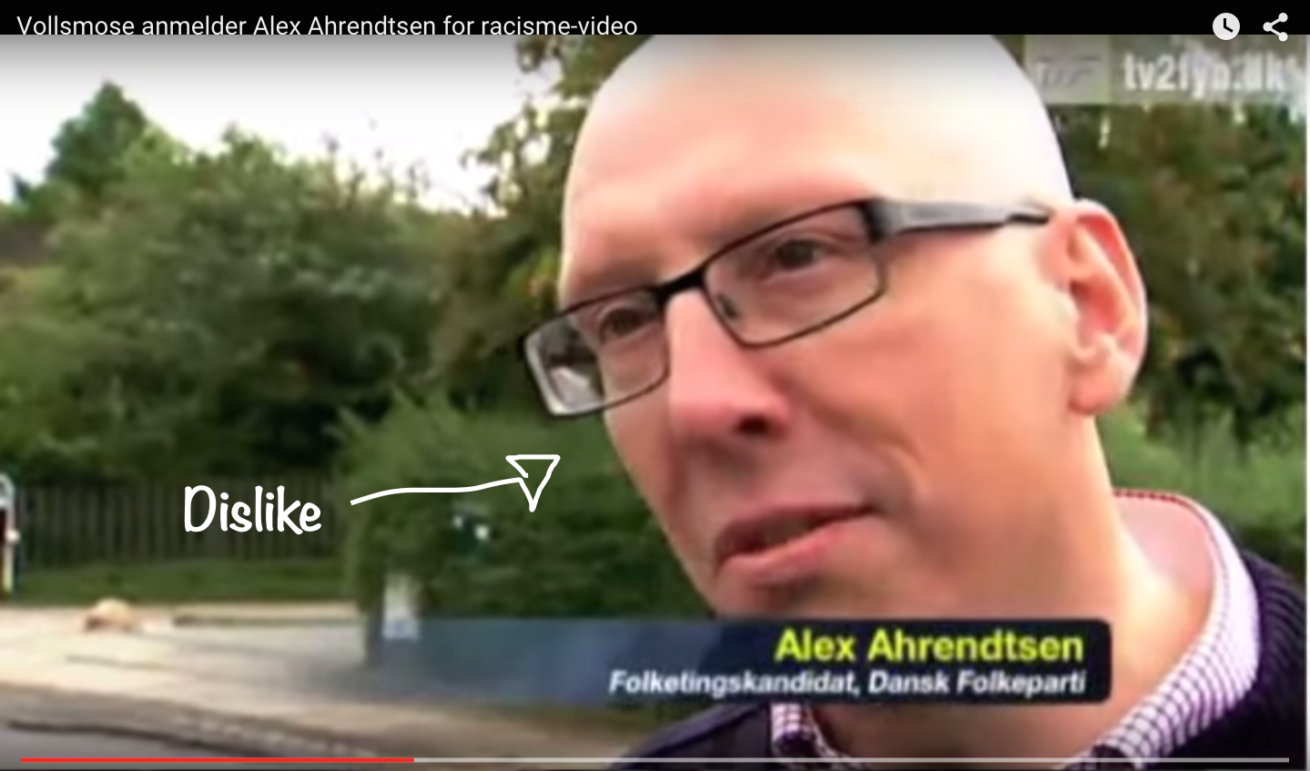 The other day I got a tweet from @kaaresorensen a journalist from JP. It was a about a new “election” video in favor for Alex Ahrendtsen from the right winged Danish Folk party. The video is pretty much everything I am against and I had my doubts if I should post it on my blog or not… I came to the conclusion with my self, that I would rather help spreading the word of “how bad” it is, rather than just leaving it and pretend it wasn’t there!

I would also like to give my reason for why I think it is so bad!
Firstly I find it extremely narrow minded to draw the conclusion that violent assaults in private residents are made by people from Poland and are due to the Schengen-agreement. Alex Ahrendtsen wants to show short and effectively that one of the main results from open boarders to Germany, is violent assaults in private residents – In his opinion!!
Stats from the police shows differently. The numbers I could find shows 30 burglaries in 16 months and 50 people was caught! and only 1 of them was from the baltic countries.

So the message of this video is firstly generalising the polish people to be violent thiefs, then stating false facts and finally the hole video builds on fear which is in my opinion a horrible position to communicate from! Why does a politician want to build a society on fear? What good will it bring? I simply don´t understand!

Our wold is getting more and more international so why does Alex Ahrendtsen want us to be afraid of the unknown?

No Alex, my advice to you is to leave your uptight bow tie at home, pack a backback and travel out in the world and meet people. Sit down with foreigners that you don´t even understand what are saying, and have fun! Bring that experience with you back to you miserable political agenda – And rethink it all!
Here is the horrible video:

—-
Edited 12.okt. 2015.
I just went through some old blogposts, and I see that the video is not available any more. I guess thats best for everyone. I went searching for a version uploaded by others, but could’n find one.
Instead I found an other video where the same horrible man is accused for being racist in an other election video. It´s in danish though.

0 thoughts on “Alex Ahrendtsen A good example of bad communication”